Click on the icon to join Kay and sprint through income tax. It should take you about 8 minutes.

​​​There are 5 reasons to do your taxes every year. The GST/HST refund is just one of them.

What are taxes and where does the money go?

Submit your tax return before the end of April.

Click on the diagram to find out how income tax works.

​This will open our video player.

when should you file? What's in it for you?

Own your income tax, step-by-step.

They're multiple choice - always choose the most appropriate answer.

Get a head-start. Collect the necessary documents by the end of February.

Make sure you can access Your CRA Account.  It's a secure income tax portal created by the CRA that makes doing taxes easier.

Each phrase can have up to five words - always choose the most appropriate answer.

File your income tax return yearly to avoid paying more than you owe.

What's changed because of the coronavirus pandemic?

Check with your parents / guardian if they've ever filed a tax return on your behalf. If they did, ask if you can take over, or at least participate.

If they haven't, start filing your own taxes.

At the latest, file your first tax return the next tax season after you turn 18. Taxes are due by the end of April, every year.

​This will allow you to qualify for the HST/GST tax credit, as soon as possible.  It's a cash refund that pays up to $300 per year, in quarterly installments (every 3 months).

You're considered eligible for the HST/GST tax credit if:

When can you expect your first HST/GST installment, if you filed by the end of April, after your 18th birthday?

The Canadian government taxes businesses and individuals to raise money for public goods and services.  The CRA (Canada Revenue Agency) administers taxes on behalf of the government.

What does the government tax?

Kay has just arrived from Mars for a summer internship on Earth. Upon inspecting her first paycheque, she notices… 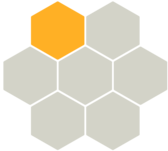